With S convex set.
We say that f is a Convex Function if

The intuitive idea is that the graph of the function between x and y lies below the secant. 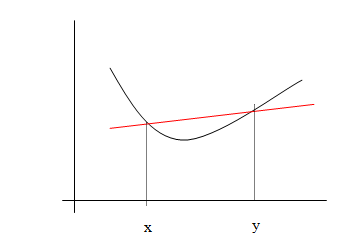