On-Line Fourier Series Calculator is an interactive app to calculate Fourier Series coefficients (Up to 10000 elements) for user-defined piecewise functions up to 5 pieces, for example. 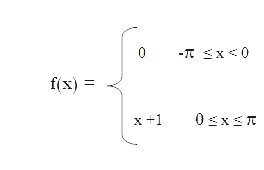 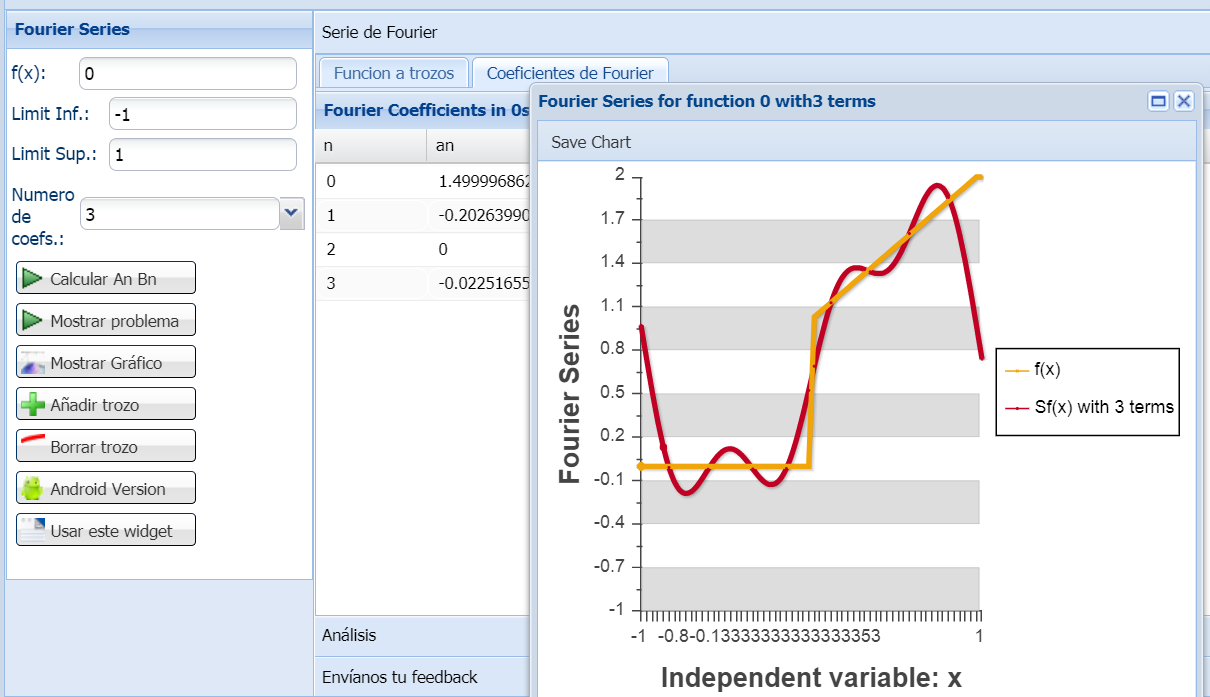 Note that function must be in the integrable functions space or L1 on selected Interval as we shown at theory sections.

FourierSeries Calculator calculates Fourier Coefficients, analytic and numeric integrals and it is usefull to plot 1-variable functions and its Fourier series on a generic user-defined interval.


Calculations accuracy depends largely of size-interval introduzed and number of selected coefficients to calculate.
Use it is as follows.

For example suppose we have the piecewise function

Then the fields are filled as

After the An, Bn calculations, is possible to plot the function and its Fourier Series by clicking "Show Graph". At this case 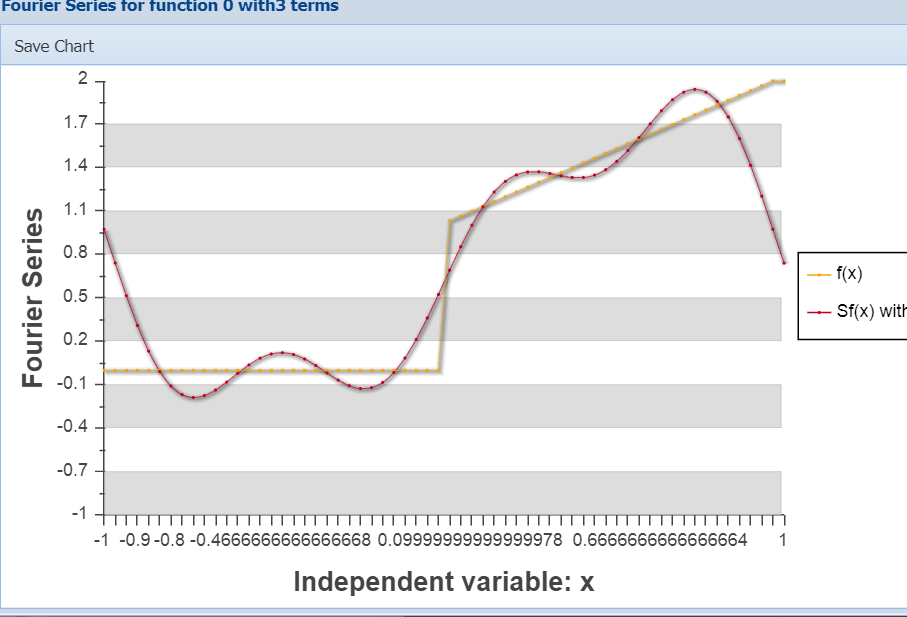 By default, the problem begins with the continuous function and the interval following

How it works?
To calculate Fourier coefficients integration methods seen in the numerical methods section are applied. With which we can approximate the integrals

Because you are interested in period T=2 i will consider the interval [0,2] and only a piece.

I did'n understood your funcion, so i write two cases (i use x instead t as independent variable):

In case2 i proceed as follows: 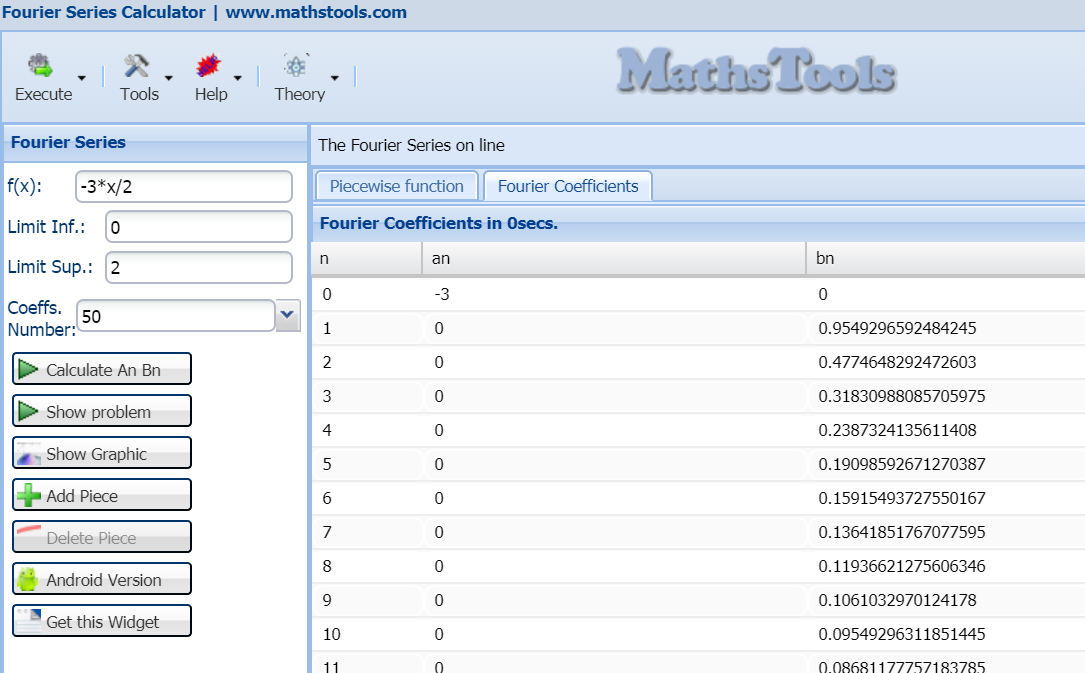